Also known as: PzKpfw V, Panzer V, Panther, Sd. Kfz. 171
The Panther was a medium tank of the German Army in World War II. Until 1944 it was designated as the PzKpfw V Panther. The production Panther was a direct response to the Soviet T-34, and the winner of a competition that pitted a clone of the T-34 built by Daimler-Benz against one that only copied most of its key features. 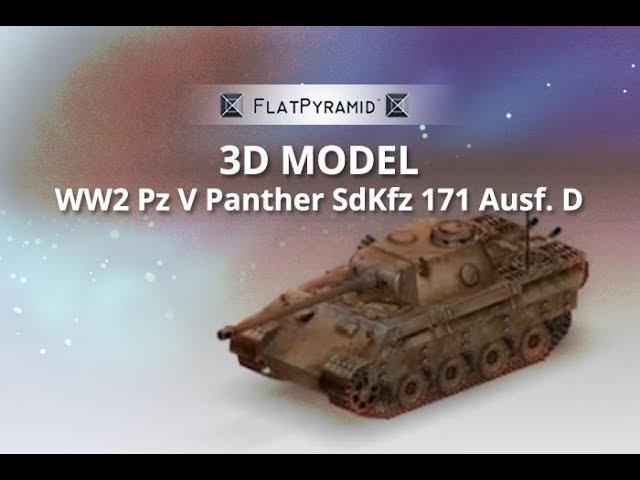